The town of Cornwall, named for one of the counties of England, was auctioned off at Fairfield in 1738, and settlement began the same year, largely from eastern Connecticut. A town was not incorporated until 1740, and for some years there continued to be trouble from the non-resident proprietorship. Cornwall consists of mountains and upland farms surrounding a small central valley, avoided by the first settlers because of its heavy stand of pine, which made land clearing difficult. The town is characterized by pine groves, stonewalls and wide-off looks. During the 19th century, Cornwall was known for its schools, and iron was smelted at Cornwall Bridge and West Cornwall, utilizing local charcoal. There are considerable summer colonies. The town contains Mohawk Mt. State Park, Housatonic Meadows State Park (headquarters in the town of Sharon), and parts of Mohawk and Housatonic State Forests. 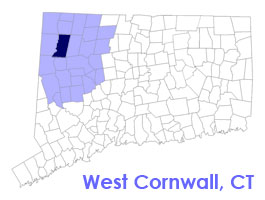 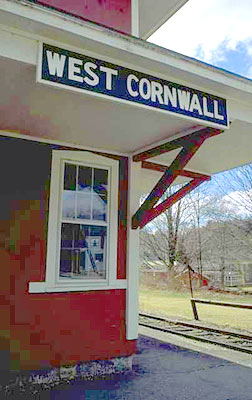