Seymour celebrated its sesquicentennial or 150th birthday on June 24, 2000, but Seymour’s historical journey actually began in 1642, when land from the town of Derby extended into what, today, is Seymour. The center of activity was where the Naugatuck and the Housatonic Rivers met in Derby. John Wakeman was the first European to purchase land from the Indians that lived throughout this area. He established a trading post at the Derby port where, eventually, tall sailing ships from many far-off ports came to trade. Within 13 years, several more settlers came to the area and the New Haven court granted permission for a village to be established on land purchased from the Indians.

Derby was to become the first inland settlement on the Naugatuck River. From this destination, settlers continued to explore, following the rivers further north to what is today Seymour. Concurrently, a Pequot Indian named Gideon Mauwehu, who lived in the Derby area, and his son, Joseph acquired a parcel of land on the Naugatuck River near the great falls. This land was settled by a number of Pequot Indians who established their homes and named Joseph their chief.

As the European settlers moved “upriver” into the area of the falls, they and the Indians worked and lived together as friends. The area began to grow with more and more settlers moving into the hills of Great Hill on the west side of the river, the Skokorat area on the east side of the river, and over onto the “Promised Land” area (Maple and Pearl Streets and Washington Avenue).

The fertile, green land and dense forest now were spotted with clearings, housing farms, and grazing cattle. Dirt roads crisscrossed fields to connect outlying settlers with the town and the port of Derby. This small settlement, although still part of Derby, now needed a name. To honor Chief Joseph Mauwehu, who had been given the nickname of “Chuce,” the settlers called the area Chusetown.

Joseph, wanting to be a good neighbor of the new settlers, moved his family from the settlement at the falls to a house located at the corner of what is now Pearl and South Main Streets. He soon realized the area was becoming too populated for the traditional Indian way of life and he and his fellow tribesmen left the area to move to Kent, where a large Pequot settlement was located.

As the population grew, small industries began to make an appearance, especially along the banks of the town’s valuable natural resource, the Naugatuck River. Its falls and numerous brooks and tributaries provided much-desired power for grist mills, corn mills, paper mills, and blacksmith shops. 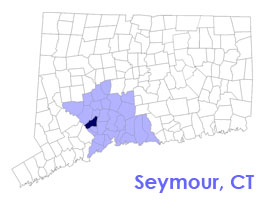 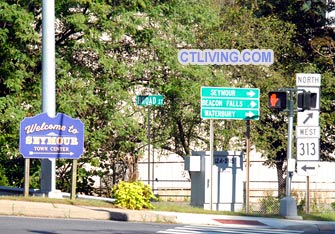 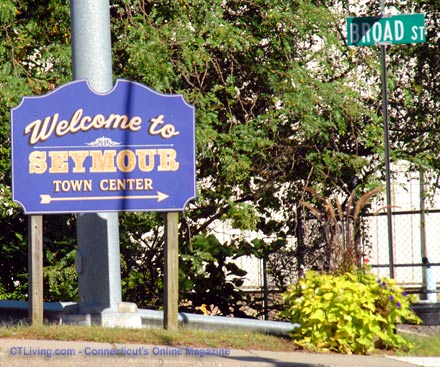