With the coming of the English, settlement of the western town proceeded in earnest. Early population centers grew up in East Canaan , where industry developed along the Blackberry River, and in modern-day Falls Village, where the “Grate Falls” supplied abundant waterpower. Canaan had little iron of its own, but neighboring Salisbury began mining high-grade ore almost as soon as the town was settled. Salisbury’s ore was refined and cast into many useful products in furnaces along Canaan’s Blackberry River.

Samuel Forbes, who came to Canaan from Taunton, Massachusetts, was a renowned iron master who brought many innovations to the industry, establishing his own iron dynasty in the Northwest Corner. The iron industry thrived in Northwest Connecticut for almost 200 years, playing a major role in arming the Continental Army during the American Revolution and helping in the development of railroads in the 19th century. The last furnace in the region, located on the Blackberry near the site of Squire Forbes’ earlier forge, did not go cold until 1923.

The Town of North Canaan, known locally as Canaan, did not separate from the parent town of Canaan until 1858. The Town of Canaan, known by many today as Falls Village, kept the original name, and confusion over the two municipal entities has plagued visitors and state officials ever since. North Canaan borders Massachusetts to the north, Salisbury, CT to the west, Norwolk, CT to the east and Canaan, Connecticut is to the south. There several villages that today are part of North Canaan, ct, they include; Sodom, Canaan Valley, and East Canaan. The border town of Clayton. Massachusetts is just north of Canaan. 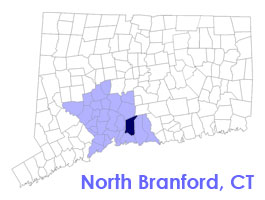