Milford Connecticut is the land that today comprises Milford, Orange, and West Haven, Connecticut. It was purchased on February 1, 1639, from Ansantawae, chief of the local Paugussets by English settlers affiliated with the contemporary New Haven Colony. Originally, the area was known as “Wepawaug”, after the small river which runs through the town, and which has given its name to several streets in both Milford and Orange.

During the Revolutionary War the Milford section of the Boston Post Road, a vital route connecting Boston, New York, and other major coastal cities, was blockaded by Continental forces, and Fort Trumbull was constructed to protect the town. The site of the blockade is commemorated by the Liberty Rock monument.

By 1822, the town had grown large enough that residents in the northern and eastern sections of Milford chartered their own independent course as the town of Orange. During the next century and a half, the remaining section of Milford was known for shipbuilding, farming and oystering, although a small subset of industrial facilities also developed in town. During this time, Milford also became known as a beach resort for residents of New Haven and Bridgeport. 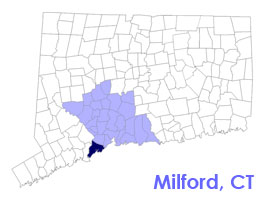 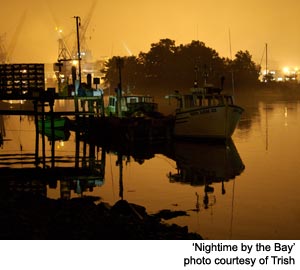