After Dutch explorer Adriaen Block visited the area in 1614, fur traders from the New Netherland colony set up trade at Good Hope at the confluence of the Connecticut River and the Park River as early as 1623 but abandoned their post by 1654. The neighborhood near the site is still known as Dutch Point. The first English settlers arrived in 1635. The settlement was originally called Newtown, but was renamed, Hartford in 1637. One theory about the origins of the name “Hartford” was to honor the English town of Hertford. An other theory is a settler by the name of Stephen Hart had a crossing of the river on his farm. Hart’s + Ford then was combined into the name of the city Hartford.

The pastor of the church that founded Hartford, Thomas Hooker, delivered a sermon which inspired the writing of the Fundamental Orders of Connecticut, a document (ratified January 14, 1639) investing the people with the authority to govern, rather than ceding it to a higher power. Some historians credit Hooker’s concepts of self-rule as being the father of the Connecticut Constitution. On December 15, 1814, delegations from New England gathered at the Hartford Convention to discuss secession from the United States. Later in the century, Hartford was a center of abolitionist activity. Additional Hartford, CT Zip Codes include: 06102, 06103, 06104.

To share any Hartford, CT information with us, please contact us. Learn more about advertising in CTLiving. 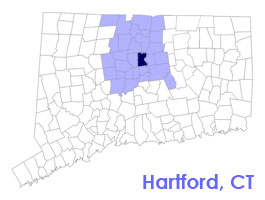 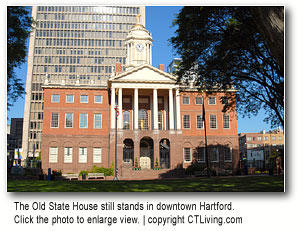 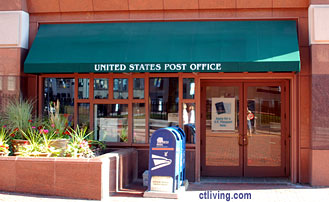