Welcome to East Haven, Connecticut. The town of East Haven is rich in history.

The area, now known as East Haven, Connecticut, was obtained by Puritan settlers Reverend John Davenport and Theophilus Eaton on November 29, 1638, as part of the purchase of New Haven, Connecticut from Sachem Momauguin of the local Quinnipiack tribe. Additional land was, in what is now known as Foxon, was purchased from Indian Chief Montowese on December 11, 1638.

In 1639 Thomas Gregson, petitioned for the purchase of Solitary Cove, later called Morris Cove. This was granted on August 5, 1644, and was the last piece of land that made up the original town of East Haven. The original town boundaries were from the harbor and Quinnipiac River on the west to the Branford and North Branford town line on the east. The southern boundary is the Long Island Sound to the North Haven town line in the north. 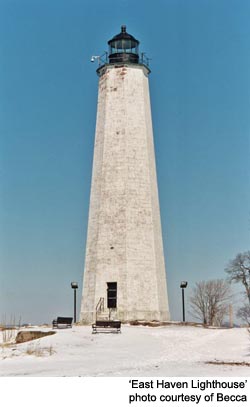 East Farms, as it was first called, was considered a parish of the New Haven Colony. Settlers settled into Morris Cove and what is now the “center” of East Haven in 1639. The first Connecticut ironworks, the third in New England, was founded on the shores of Furnace Pond in 1655. Originally called Lonotononket (Great Pond) by the Quinnipiac Indians, today it’s called Lake Saltonstall. With Branford and North Branford having had settlers since 1643, people from the New Haven Colony started to settle the Foxon section in 1683.

In 1665, the New Haven Colony was merged with the Connecticut Colony (Hartford) under a charter from King Charles II. With the success of the ironwork mill, the area became known as Iron Works Village. In 1675 Iron Works Village petitioned the Connecticut Colony to become a separate town. Negotiations with New Haven regarding land never succeeded. This eventually led to the relinquishing of village privileges in 1685.

Efforts were again made in 1703 and the Connecticut Colony granted the town petition for township in May 1707 and the name was changed from Iron Works Village to East Haven. With some outstanding land issues with New Haven and a minor feud with Governor Gordon Saltonstall resulted in the rescinding of the township status and the area was once again a parish of New Haven. The Saltonstall Bridge is named in his honor.

In 1706 the first public school building was built in East Haven followed by the appointment of a School Committee in 1707.

Jacob Hemingway, the original Yale student, served as the first pastor (1704-1754) of the Congregational Church. Several meeting houses were built in East Haven and in January 1772 the Society of East Haven authorized the expense of $1,000.00 to build a new 65’ by 50’ meeting house. As the new meeting house was being built, the building was extended by 8’ and a steeple was added. In 1774 the Old Stone (Congregational) Church was finished and Nicholas Street was named its first minister.

During the American Revolution, the area saw troop movement and encampment by both revolutionary and British forces. On July 5, 1779, British forces led by General William Tryon landed from warships, attacked Black Rock Fort in Morris Cove, and captured its 19 defenders. The British were then able to march into New Haven and East Haven. General Lafayette and revolutionary forces also visited the town and encamped on the green. During the American Revolution, East Haven lost 16 men. John Howe was killed at the Black Rock Fort. Fifteen other men died, mostly on British prison ships in Long Island Sound. After the war, Black Rock Fort was abandoned.

The Town of East Haven became an incorporated town in May 1785. At the initial town meeting, Issac Chidsey was named First Selectman on July 5, 1785. East Haven is home to Tweed-New Haven Airport – located in the Morris Cove section of town. Lighthouse Point, located here, offers views of New Haven Harbor and a public fishing pier. 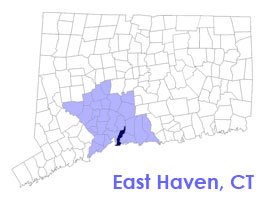