Connecticut is home to many fine theaters. Whether you are looking to see a professional play, college drama, musical, ballet, or opera you will always find something going on in Connecticut. One of the great theaters in Connecticut is the Shubert Theater. The Shubert Theater opened it’s doors in 1914 and has been called the, “Birthplace of the Nation’s Greatest Hits” because of the number of American and world premieres that began on their stage. Located down the block from Yale University and New Haven Green, the Shubert Theater is perfect for an evening out with that special someone or the whole family. When attending the Shubert Theater check out the local restaurants and make this an evening to remember. You will find many fabulous restaurants, cafes, shops, and well known museums nearby.

To feature your favorite Connecticut theater, please contact us. Learn more about advertising in CTLiving.com. 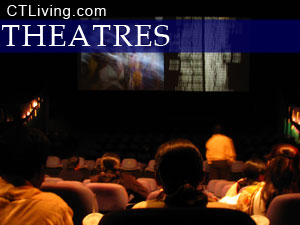 The Shubert Theater in New Haven, Connecticut was built two years after the original Shubert Theater was opened in New York City. The opening night act was, The Belle of Bond Street, and included in it’s cast Sam Bernard, who was one of the greatest stars of that time. Tickets were sold from 25 cents to $1.50.

Soon after opening, the Shubert Theater was chosen by the stars, producers and writers of theater to try out shows before opening them on Broadway. The location of the Shubert Theater made it a prime choice, with NYC being so close, the local people’s support of the theater, and the extraordinary collection of restaurants, cafes, shops and museums nearby.

From the Shubert’s opening season until today they have been a performing arts center presenting plays, musicals, opera, dance, classical music recitals, and concerts. Since the opening in 1914, the Shubert Theater has hosted over 600 pre-Broadway tryouts, including over 300 world premieres and 50 American premieres.

The Shubert gave many of the stars we know today their first break including Henry Fonda, Julie Andrews, Humphrey Bogart, Katharine Hepburn, Shirley MacLaine, Andy Griffith and John Travolta to name a few.

Pre-Broadway engagements are not just in the past for the Shubert Theater, today they are still opening some of the famous shows that go on to Broadway. With a history of exciting shows, stars and evenings to remeber the Shubert Theater is a must stop destination on your next visit to Connecticut.